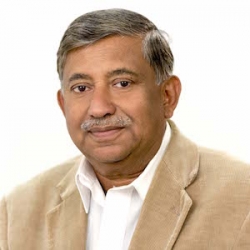 Additional meeting times are available by appointment, email to schedule.

Vinay Shrivastava has worked in Bollywood and Hollywood, doing sound recording, production, and direction on more than 25 films.

Shrivastava has worked in Bollywood and Hollywood film industries in more than 25 films in sound recording, production and direction departments. He wrote his textbook “Aesthetics of Sound” in 1996, which was published by Kendall & Hunt. He got the prestigious Fulbright scholarship in 1999.

He has made presentations in many conferences including BEA (Broadcast Education Association), UFV A (University Film and Video Association), Hawaii International Arts and Humanities Conference, and others. He is currently working on his creative project “experiments with surround sound.” He is also working as an associate Producer in feature film Woman From Georgia, an Indo-American co-production.