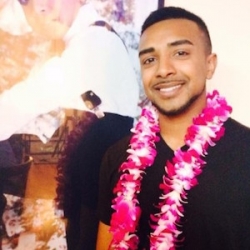 An accomplished engineer, Rajeev worked with Grammy nominated and award winning artists. His music was featured in the number one Hip-Hop/Rap album on iTunes, and the Billboard’s top 20 albums.

Rajeev hopes to learn and influence students about the evolving nature of music technology and listening behavior allowing them to become critical thinkers and active listeners.