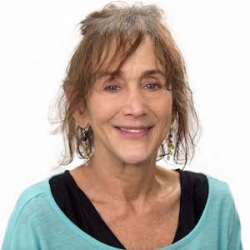 In addition to media literacy/social issues, Professor Wolf’s primary research interests center on body image, pedagogy, and the range and diversity of mediated images of groups without power in the United States. An award-winning documentary featuring Wolf’s early body image research was produced in 1999, and she recently completed phase two of a long-term project on how messages from media and other people shape how people think and feel about their bodies and themselves. The most recent publication is based on focus groups with women with physical disabilities. Before this Wolf worked with transgendered and bisexual men and women, gay men, lesbians, and heterosexual women and men.

For many years, Professor Wolf was the president of Teaching Intermedia Literacy Tools (TILT), an SF-based media literacy nonprofit organization dedicated to teaching underprivileged youth how to develop and use video production skills to critically understand media messages and produce their own stories. Wolf also served as president of the National Center on Disability and Journalism (NDCJ), a nonprofit organization that educates to foster fairness, accuracy and diversity in news reporting about disability issues and people with disabilities.

In fall 2007 Professor Wolf was the first faculty member of the SF State campus to receive the Sarlo Excellence in Teaching Award sponsored by the Sarlo Foundation of the Jewish Community Endowment Fund.