The Gator handoff: one alumnus steps in for another as KPIX 5’s weeknight anchor

Alumnus Ryan Yamamoto (B.A., ’94) is quick to correct anyone who says he’s stepping into the shoes of former KPIX 5 anchor and fellow alumnus Ken Bastida (B.A., ’80). Alumni Hall-of-Famer Bastida announced his retirement from the San Francisco station in October of 2021 after a 30-plus year career with the TV station. He’s a titan of Bay Area news, Yamamoto says, and you don’t replace someone like that.

“You have to forge your own path because if I tried to walk in [Ken’s] footsteps — those are big footsteps,” he explained. “I don’t think it would be fair to put that kind of pressure on myself.”

Before coming home to the Bay Area, Yamamoto was the weekday morning anchor for KOMO in Seattle for more than five years. He’s now the 5, 7 and 11 p.m. weeknight anchor at CBS-affiliate KPIX, filling Bastida’s old time slots. And he’s sharing the spotlight at 5 p.m. with another Gator alum, anchor Sara Donchey (B.A., ’12), who is also new to the station. He’s been at the station for less than a month, but he’s already blazing a trail. There are only a handful of full-time Asian male TV news anchors in California. “I don’t wear that on my sleeve, but it is a reality,” he said.

Yamamoto knows how powerful it is to see someone who looks like him on camera. As a kid growing up in Pinole, he’d watched Asian American TV reporters like Lloyd LaCuesta, Vic Lee and David Louie deliver the news, and that left an impression. “You start processing that as a kid and think, maybe I can do that,” he said.

To the dismay of his parents, who hoped he’d become a doctor or lawyer, he decided to follow in the footsteps of LaCuesta, Lee and Louie. He got his start early, writing for the Spartan Spectrum, the Pinole Valley High School newspaper, and serving as an announcer at his high school football and basketball games. When it came time to apply to college, his decision was simple — San Francisco State University had the best broadcast program in Northern California, he says.

At San Francisco State, he dabbled in sports and news broadcasting, learning the most from his news production and sports broadcasting classes. He got firsthand experience in front of the camera, behind the camera and in the production booth. Some of his favorite memories were covering Gator Athletics games live.

“Everything would go wrong,” he laughed. “With TV production you can’t just talk about it, you have to physically go out and make mistakes and fail and then succeed and learn.” But failure is an invaluable teacher, Yamamoto adds.

After college, Yamamoto did what most journalists of his generation did — he headed for smaller markets and worked his way up. Or, in his case, back home. Nowadays, reporters can work their way up much faster because of social media, he says. He worked at stations in Columbia, Missouri; Pocatello, Idaho; San Diego; Sacramento; and Seattle before returning home.

He landed in places where the culture and politics were worlds apart from the Bay Area, especially when it came to people’s attitudes toward race. “There’s a whole different world out there that has a different worldview, and you can either fight that and look down on it or you can accept it and learn from it,” he said. “And maybe you help change minds just by doing your job.”

But he admits being home has been wonderful. To start, he no longer hides his allegiance to the Golden State Warriors. (He’s a lifelong fan and was even the team’s game-day DJ back when they played in Oakland.) His parents have fully embraced his career now. His dad was in a commercial that aired on Channel 5 promoting his son’s Bay Area return. “All of his friends are calling him up. He’s getting his 15 minutes [of fame]. He’s become a celebrity out of this,” Yamamoto says.

But the new gig didn’t come without challenges. At 50 years old he pulled himself away from a pretty comfortable job in Seattle. “There’s going to be moments where it’s not going to be pretty, probably,” he said. “But this is going to help me grow as a broadcaster. You just have to keep moving forward.” 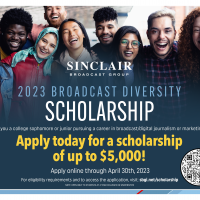 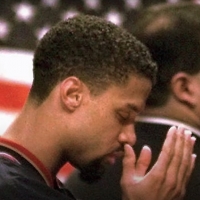