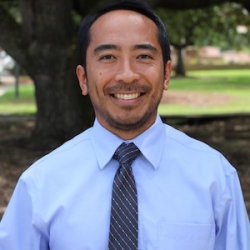 Andrew Hongo is a television news and documentary producer who is passionate about telling stories that matter — stories that can, he hopes, make a difference.

Andrew worked for NBC News’ primetime newsmagazine, Dateline, for five years. While there, he covered wrongful conviction cases in New York City, the 70th anniversary of D-Day in Normandy, terrorist attacks at home and abroad, education inequality in the Deep South, criminal justice cases across the country, and President Obama’s farewell speech in 2017, for which he won an Emmy Award. He also filmed, produced, and edited Legacy, a documentary about street-kids in Cambodia and the aftermath of the Khmer Rouge genocide. He received his B.A. from Yale University and his M.A. from New York University.